The city is located in the far south of Jordan, on the Gulf of Aqaba at the edge of the Red Sea. It lies at the crossroads of the continents of Asia and Africa, while Israel, Egypt, and Saudi Arabia are bordered.

Aqaba chosen as the site for a new waterfront construction project that will rebuild Aqaba with new man-made water structures, new high-rise residential and office buildings, and more tourism services to put Aqaba on the investment map and challenge other centers of waterfront development across the region.

Aqaba chosen as the 2011 Arab City of Tourism. 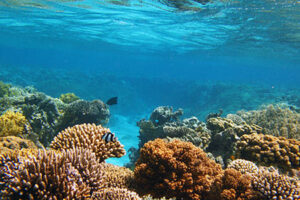 During, a five-day holiday at the end of Ramadan and Eid al-Adha, Jordanian and Western arrivals arrive in the city in numbers reaching 50,000 visitors. During, this time, the occupancy rate of most hotels is as high as 90%, and they are often fully booked by people.

The Aqaba rail system is used only to transport goods and is no longer operational for travelers, except for the road to Wadi Rum.

King Hussein International Airport is the only civilian airport outside Amman in the country, and it located north of Aqaba. It is a 20-minute drive from the city center. Scheduled flights from Amman to Aqaba take approximately 45 minutes, and are serviced by Royal Jordanian Airlines and Jordanian Airlines. Several international airlines connect the city to Istanbul, Dubai, Alexandria, Sharm El Sheikh, and other destinations in Asia and Europe.

Port of Aqaba is the only port in Jordan. The port chosen for being a transit cargo to other neighboring countries, for its location between four countries and three continents, being an exclusive gateway to the local market, and for the improvements, it has recently seen.

Citadel Amman All You Need to visit Jordan